Throughout the United States, the public goes to museums to see collections of contemporary art enriched by two of the least wealthy patrons in the country. Although Herbert and Dorothy Vogel are retired civil servants with no independent means who live in a one-bedroom apartment in Manhattan, they have amassed a collection of nearly 5,000 works of conceptual and minimalist art. In 2008, they donated 50 works to 50 museums, one in each state.

The Vogels donated the artwork on the condition that it be exhibited within five years. Now, in mid-2014, nearly every museum has complied with the stipulation, and a film has been made to document the impact of Vogel’s 50/50 vision on museums and their audiences.

“Herb & Dorothy 50×50” by Brooklyn-based director Megumi Sasaki, reveals the Vogels’ story that captivates museum visitors and art lovers as much as the art itself. (The film is a sequel to the 2008 film “Herb & Dorothy,” which introduced the couple to audiences outside of the art world.)

“Herb and Dorothy’s story goes beyond an art story,” Sasaki told The Times of Israel. “I think the most striking thing is that they could have been millionaires, but they never sold anything. It’s hard to believe such people exist, especially in New York!

In 1992, the Vogels entered into an agreement with the National Gallery of Art, granting it stewardship of the couple’s collection. At the time, they owned 2,400 paintings, objects, drawings, photographs, prints and illustrated books. Although they donated some pieces to other institutions, they chose to entrust the vast majority of their collection to the NGA due to its practice of never alienating or selling works.

The couple were known to befriend artists before they rose to fame.

“We only bought what we could afford, and we bought what we liked,” says Dorothy Vogel in a phone conversation with The Times of Israel. They lived off Dorothy’s public librarian salary and used Herb’s postal clerk salary to acquire artwork.

“They challenged stereotypes of ‘art collectors‘ and played by their own rules. They – especially Herb – had an amazing eye,” Sasaki says.

Herb Vogel died just before his 90th birthdaye anniversary in July 2012, but Dorothy, 79, continues to live in the apartment they moved to shortly after their marriage in 1962. It is also where they stored their huge collection.

Although Dorothy no longer collects art, she keeps a close eye on what is being done with the pieces she and her husband have donated to museums across the country.

“The site is not finished,” she notes with some impatience about Vogel5050.org, the site created to document and publicize the project. Museums are expected to upload all works donated to them by the Vogels as soon as they have been exhibited.

At the same time, Dorothy admits that keeping up with the administrative tasks associated with an art collection can be daunting.

“I gave up trying to keep a cataloging system at some point,” she says of the years when all the art was kind of crammed into the apartment, along with her, her husband, and a menagerie of cats, turtles and fish. Walls, ceilings and floors were covered with works of art, and hundreds more were stored in closets and cupboards, on shelves and even under the bed.

“Sometimes there were pieces that I never even got to see. Herbie would come home with something and put it away while I was away,” she recalled. “The first time I saw them was when they were on display.”

The couple never thought of renting a storage unit. “To tell you the truth, I was always the one worrying about what we should do with the collection,” shares Dorothy. “I was afraid there was a fire or a theft, but nothing happened.” 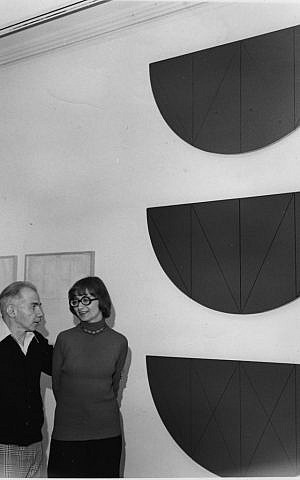 Well, not exactly. One thing happened. A fish in an aquarium placed in front of an Andy Warhol jumped up and splashed the work. “We had to restore this room,” she says.

Herb was the driving force behind the couple’s appreciation and art collection. Born into a family of Orthodox Jewish immigrants from Manhattan, he visited museums with his father. According to his wife, his first interest was nature, but at some point his passion shifted to art. Although Herb never finished high school, he studied art history and took painting classes at New York University.

“He dated artists and wanted to be a painter,” says Dorothy.

Dorothy, who describes herself as a proud and cultural Jew (“I don’t fast, but I don’t go out on Yom Kippur”), grew up in a conservative family in Elmira, New York. Although her first love was music history, she learned to embrace the visual arts after meeting Herb at a get-together in town for young people who had vacationed at a Jewish resort in the Poconos.

Although she doesn’t consider herself religious, Dorothy doesn’t believe in mere coincidence.

“Things are set in motion beyond. I was supposed to do this,” she says of meeting Herb and the far-reaching art collecting journey they embarked on together. 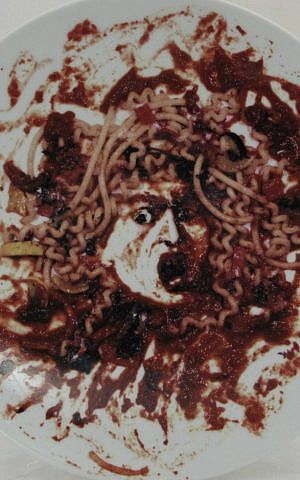 They had no initial idea that their collection would ultimately have such a significant impact on institutions and individuals nationwide. Janie Cohen, director of the Fleming Museum at the University of Vermont, one of Fifty Works for Fifty States recipients, appreciates the Vogel collection for its seriousness and the fact that it covers a very specific period of American art with “a fairly broad scope”.

The Fleming Museum has mounted two exhibitions of its Vogel collection, one of paintings and sculptures and one of works on paper.

“The shows have generated a lot of interest,” notes Cohen. “And the impact has been not only with the public, but also with our teaching at the university.”

The 50 works donated to the Huntington Museum of Art in Huntington, West Virginia filled a gap in its collection. “We had few things in our contemporary collection that were minimalist and conceptual,” shares senior curator Jenine Culligan.

“Some of these works, like Richard Tuttle’s sketchbook drawings, are really different and they have sparked a conversation among viewers about what art is,” she reports. “This is an important question, especially since our audience is made up of many first-time museologists, because there are not many museums in our region.

Looking back, Dorothy realizes that she misses people more than art.

“Being part of the art world was important to me. It is interesting to know the art and the artists of your time.

Herb and Dorothy slowly retired from the art world as Herb’s health deteriorated in his later years and Dorothy focused her energies on caring for him. But as long as they could, they attended exhibition openings at all 50 museums, Dorothy pushing Herb in her wheelchair through the galleries.

“I did the right thing,” Dorothy says, reflecting not only on the decision to share her and her husband’s collection with the people of the United States, but also on her life with Herb.

“He did what he wanted to do and I helped him. I liked doing it with him.